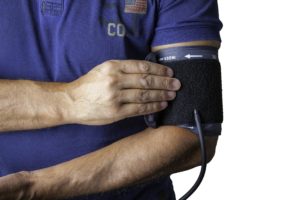 Vasoconstriction is one of the survival mechanisms common for the human body that tends to preserve the heat inside it, by keeping the body temperature constant in order to safeguard of the vital organs.

The blood pressure differs in:

– Diastolic blood pressure BP: is the minimum pressure in the arteries

– Systolic blood pressure BP: is the maximum pressure in the arteries

It is generally believed that these values ​​should not exceed in 130 mmHg of systolic pressure and 80 mmHg of diastolic pressure. Values ​​higher than those indicated (example 140/90 mmHg) if not are constantly monitored, may lead to the risk of hypertension.

The heart makes more effort than necessary to pump the blood and this could increase not only the risk of cardiovascular accidents but also of stroke, renal failure and retinal problems.

Lifestyle should be changed with proper nutrition and moderate physical activity, along with a constant monitoring of cardiac function.

Watch now the Video Presentation of the App intended to revolutionize the world of medical bookings in private clinics!

Vistapp: The application for booking Specialist and Outpatient Medical Visits in Private Clinics

DO YOU WORK IN A PRIVATE CLINIC?

Contact us now, VisitApp can increase the bookings of medical-outpatient visits that are carried out at your business

This website uses cookies to improve your experience while you navigate through the website. Out of these, the cookies that are categorized as necessary are stored on your browser as they are essential for the working of basic functionalities of the website. We also use third-party cookies that help us analyze and understand how you use this website. These cookies will be stored in your browser only with your consent. You also have the option to opt-out of these cookies. But opting out of some of these cookies may affect your browsing experience.
Necessary Always Enabled
Necessary cookies are absolutely essential for the website to function properly. This category only includes cookies that ensures basic functionalities and security features of the website. These cookies do not store any personal information.
Non-necessary
Any cookies that may not be particularly necessary for the website to function and is used specifically to collect user personal data via analytics, ads, other embedded contents are termed as non-necessary cookies. It is mandatory to procure user consent prior to running these cookies on your website.
SAVE & ACCEPT